The Inclusive Skating Charity has a Board of Trustees and hundreds of volunteers who fulfil many roles.


The Board of Trustees are responsible for the management of Inclusive Skating and the Charity.

Margarita is the founder and driving force behind the Global Project for Inclusive Skating and the Charity. A former Scottish ladies champion and skating coach in the UK, she originally took a year-long sabbatical from her distinguished legal career to mastermind this project. The sabbatical started in 2010 and was extended because the competition format she created worked better than she could ever have hoped. Margarita is also the mother of Juliana (who is an Inclusive Skater), Christina and Kenny. Another one of her favourite activities is curling! Margarita was awarded the British Empire Medal in the New Year Honours List 2020 for services to skating.

Gordon is one of the Inclusive Skating Charity Trustees. Gordon specialises in digital technology and is an independent member of the Board.

Nora has recently been appointed to the Inclusive Skating Board. Nora has a wealth of knowledge and skills. She was CEO of the Carnegie Dunfermline Trust for many years & Convenor of ACOSVO. Nora is a keen skater and volunteered at 2019 Scottish Championships too.

On 11th August 2021 we welcomed our first trustee from New South Wales in Australia. Jean is an experienced Inclusive Skating coach who has coached many competitors at Inclusive Skating Virtual Championships and by virtual entry. HRH The Earl of Wessex watched Australian skaters compete at the Scottish Championships in 2019 when he came to visit Inclusive Skating in Edinburgh. Those skaters were coached by Jean and were given an approving nod. As Jean has also had National competitors at the Australian Championships and is an experienced administrator for Skating organisations in Australia she brings a wide range of knowledge and skills to her new role. We hope that Jean will be leading on the organisation of more coaches conferences for our community. Huge welcome Jean! 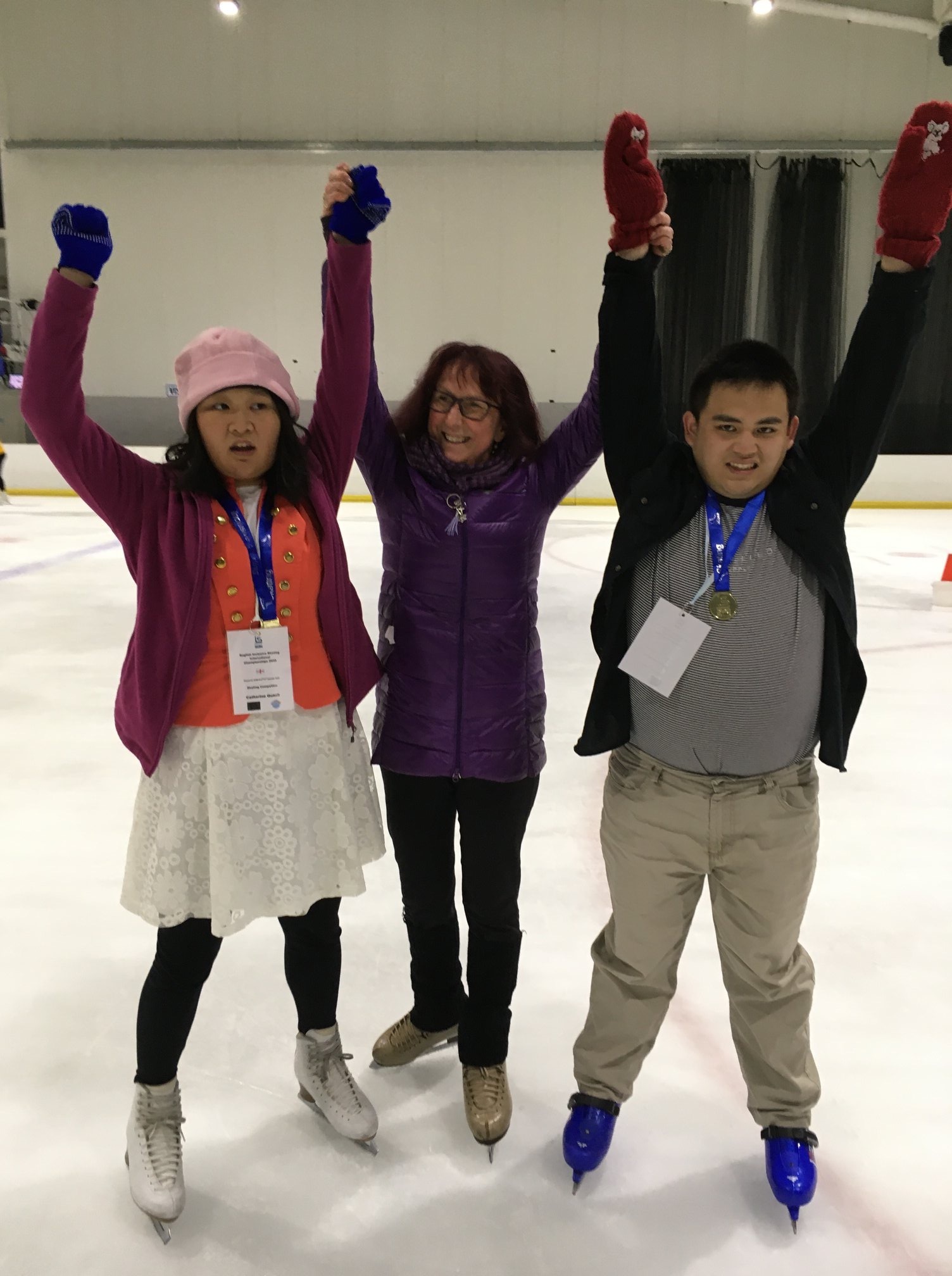 On 11th August 2021 we were fortunate to welcome another new trustee!

Christopher is an American-Bulgarian coach currently based in London. With his partner Mina Zdravkova, he was a five-time Bulgarian National Champion and competed at the World and European Championships. Although Christopher competed on the elite track, he has always been passionate about inclusivity in skating and advocates that the sport should be a welcoming place for all. Christopher believes that everyone should be able to experience the joy of skating, and views it as a medium for intrapersonal development as well as an outlet  for the expression and exploration of identity. As a coach, he has run seminars and created programming for neurodiverse athletes, and hopes to continue to create opportunities within the sport for those who have previously been marginalised.

Outside of skating, Christopher is a graduate of the University of Florida’s telecommunication program and is currently pursuing a Master’s in mass communications focused on global strategic communications. Christopher is eager to help expand Inclusive Skating’s international reach and impact, and aspires to effect change in the culture of the sport.

We wish Christopher the very best in his new role. How lucky are we to have such an amazing trustee join the Board! 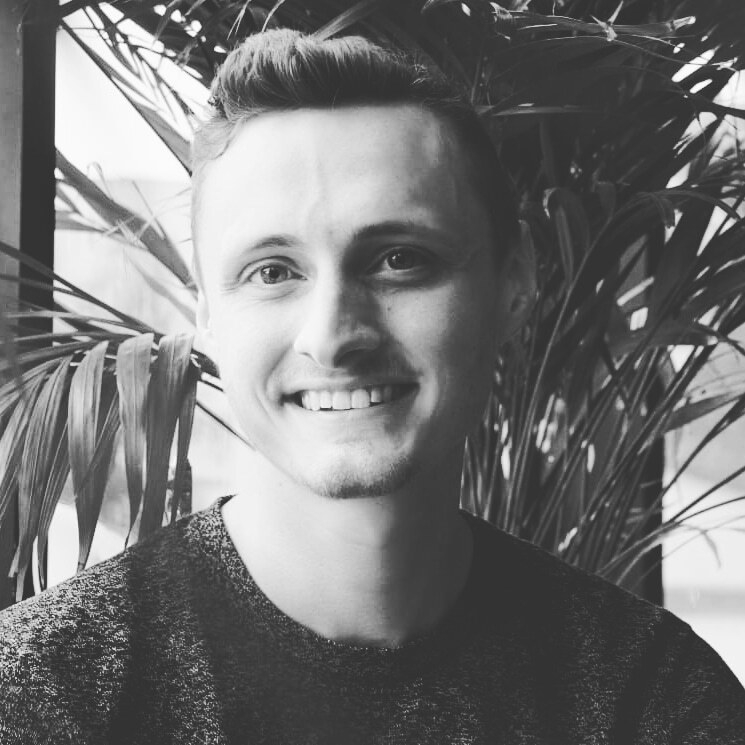 Inclusive Skating is seeking to supplement the Board of Trustees with individuals with general experience and a further trustee with experience of Finance to guide the Board into the next phase of growth. Further Information is available in the additional resources. We offer the opportunity for potential Trustees to attend board meetings and shadow. So, please do contact us if you wish to put your toe in the water first by this route.

Over the years Inclusive Skating has benefited hugely from the services of several Trustees. To recognise their extraordinary achievements the status of Honorary Past Trustee was created. We involve our Honorary Past Trustees in many of our activities on a continuing basis and we are forever grateful to them for their valued contributions.

Karen and Margarita joined forces in 2010 and established the Global Project for Impaired Skating. Karen then assisted with the formation of the charity in September 2011 and was one of the founding Trustees. Over the years Karen has made numerous contributions to Inclusive Skating. She helped to design the logo, attending the first meetings with Special Olympics and supported many of the events over the years. As the mother of Calum she saw the importance of Inclusive Skating from the view of the parent and was very supportive of the facilitation and accreditation policies established by Inclusive Skating. Karen was also a great supporter of establishing a badge program. It has taken us many drafts and a decade to get a suitable badge program in place but we have finally got there! Karen has always been supportive of Inclusive Skating in many ways and we are thrilled to welcome her to this new position. Well deserved!

An adult skater, Perry has skated under both ISU and ISI organizations, (she started skating many years ago in New York under the USFSA Learn to Skate Programme) and competed in SkateAsia twice while living in the Middle East. Her husband and three children also all skate and have taken part as a family in numerous shows and events in the Middle East. Back home in Ireland, she is a a judge for the ISAI.

Perry is helping to lead the project in Ireland. This has been with great success as Ireland piloted the system and Ireland has already included the Rondinelli scale in its test rules. An Irish skater has already used the Inclusive Skating format in a national ice skating test. As a parent of an Inclusive Skater, Perry understands first-hand the difficulties and restrictions imposed on skaters with challenges skating without the Inclusive Skating marking system. Perry will now be focussing on taking Irish development to another level following her retirement from the Board and appointment as an Honorary Past Trustee.

Walter was a former British Junior Skating Champion and coached many outstanding skaters to Championship level over the years. Walter retired from skating for a few years and on his return beaome very active with Inclusive Skating and trained and qualified as a judge. Walter helped regularly at the Inclusive Skating club at Braehead and laterally at the Time Capsule. He served on the Board for 3 years with extraordinary distinction. Walter was the first Kiltwalker that has now successfully developed the Kiltwalk as the key fundraising initiative for Inclusive Skating. Thank you Walter. You're an absolute star who will be sorely missed.

Hannah was the youngest of the Inclusive Skating Charity Trustees when she was appointed to the Board of Trustees in 2016 at the age of 21. Hannah is a superb skater and is now a qualified occupational therapist. She is also a keen fundraiser and is continuing in this role. Thank you Hannah!!!

Noel was one of the first Inclusive  Skating Trustees in 2011 and served for many years until his retirement. He has judged  for Inclusive skating and  has represented inclusive Skating at many functions, including meeting HRH The Earl of Wessex at the Scottish Inclusive Skating Championships in 2019! Thank you Noel!!!

Bryan Morrice was the first person Margarita Sweeney-Baird contacted to join the Inclusive Skating Board of Trustees in 2011. Thankfully he said yes and served Inclusive skating with extraordinary distinction for many years until his retirement! He was also the Chairman of Sk8Scotland and was the Chair of the LOC for our events in Dumfries. The successful event structure that was put in place in 2012 for Inclusive Skating owes much to Bryan. Thank you Bryan!!!

Alison served Inclusive skating with dedication and skill for many years until her retirement! Alison was part of the LOC for our events for many years and is our resident Announcer still. Events virtual or otherwise just would not be the same without Alison Thank you Alison!!!

Susan served Inclusive Skating with dedication and skill for many years until her retirement! Susan was part of the LOC for our events for many years and is still serving Inclusive skating with these days but in a different capacity. Susan, now provides treasury and book keeping support for our accounts and funders reporting systems. Thank you Susan!!! 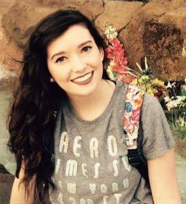 Courtney joined the Board on 27th October 2020 by unanimous consent.

Courtney was the very first Inclusive Skater. She met Margarita Sweeney-Baird at the Irish Championships in 2010. Margarita was the Technical Director of the Ice Skating Association of Ireland and questioned why a very talented and lovely skater was participating in the beginner class. It turned out that Courtney was unable to pass the most basic skating exam to progress further due to a spinal issue. So, Margarita thought that something had to be done to allow beautiful skaters like Courtney to participate and progress through the sport. So, that was how what is now Inclusive Skating was founded.

Through the decade that passed Courtney was a regular participant in many events and activities. She skated successfully as a competitor winning many gold medals in free skating, elements, figures and dance. She judges at events and has participated in the development of rules and regulations too.  So, Courtney and the O’Connor family will be familiar to many within the Inclusive Skating community.

Courtney increased support for and awareness of those with impairments who can benefit from Inclusive Skating participation. Courtney provided a music understanding and therapy program within the Inclusive Skating on and off ice program.